Now that you’ve got a full motorcycle licence, you may be dreaming of a tour across borders. But before you jump on a ferry with your wheels, check out the licencing laws. Being legal to ride on the UK doesn’t necessarily mean you can ride elsewhere. Here we take a look at the details of taking your bike abroad or riding across America on two wheels. Find out if your UK motorcycle licence will let you ride some of the best roads abroad.

Preparing to ride a motorbike in Europe

It’s not just remembering which side of the road you need to keep to when riding in Europe (right), you also need to be aware of different road rules. You won’t need an international licence or permit to ride when you’re in Europe, but insurance needs to be checked and other documents will be needed. Make sure you have your passport too!

As a general rule, if you have a full motorcycle licence, you’re good to go on European roads. A CBT won’t cut it abroad, only an A1, A2 or an A licence is acceptable on foreign roads. The same power restrictions for those licences apply too, so don’t think you can hop across the channel to try out a higher-powered bike. You’ll need to carry your full licence along with your insurance documents, a European Health Insurance card and the original Vehicle Registration Certificate V5 for your bike.

Different countries have different road rules and expectations of the kit you should be carrying when you’re riding. As with most things, it’s always wise to prepare before you go.

Riding a motorcycle in France, Germany or Spain

Europe offers a diverse landscape and some amazing roads. Whether you’re looking for breathtaking peaks, miles of flowing roads with little traffic, or refreshing coastal views, you’ll find it in Europe. There is no Europe-wide regulation of traffic rules or speeds. Each country has its own idiosyncrasies and traffic style. You’ll do well to do some research before you leave. Below are some details for three European countries close to the UK and their rules for riding on their roads.

France – France has mountains, plains and coastal regions that are great for exploring on a motorcycle. Both long and shorter tours here will take you through beautiful scenery. It’s one of the preferred countries for UK motorcyclists eager to explore further afield. It’s easy to get to and there’s plenty to see. Bikers need to have their headlights on during the day and children under five can be taken as pillion passengers as long as they have an approved seat and well-fitting helmet. Filtering is out, aside from the cities of Paris, Lille, Marseille, Bordeaux, and Lyon. It’s on trial in these places with a speed limit of 50km p/h. You’ll need to carry a high visibility vest in case of an accident.

Spain – The changeable weather of Spain makes it advisable to pack waterproofs for a tour. Famous for its pilgrim’s routes, (usually) fine weather and fabulous mountains, Spain offers variety and a slightly warmer climate to home. Here you can avoid a traffic jam by filtering and only take pillion passengers aged 12 or older unless they’re your kids, in which case, 7 is the youngest. Of course, pillions need a helmet that fits properly too. Safety jackets must also be carried, like France and Germany.

Germany – Germany caters for motorcyclists interested in a comfortable cruise along winding rivers as well as those looking for an adrenaline rush in the mountains. Variety is one thing this country isn’t lacking when it comes to motorcycling. Similar to France, you’ll need to keep your headlight on in the daytime. Filtering is not allowed and it’s recommended all motorcyclists carry a safety jacket and first aid kit. Spare glasses or contact lenses must be carried by anyone who needs to wear them on the road.

If you’ve dreamed of crossing the states on a motorbike, personally recreating the lone rider image of the movies, you’ll need to plan ahead. America is A LOT bigger than the UK, so take your time and try not to rush through the 4,000 miles between coasts.

It’s advisable to take your regular UK driving licence, motorcycle licence and an International Driving Permit. Other paperwork will include tourist visa, passport and any motorbike hire documentation with insurance details too. It’s super easy to take your own motorbike though, so don’t think you’ll have to hire wheels. The road rules are quite different in the USA; it’s not simply a matter of riding on the right-hand side of the road. Make sure you’re aware of the differences to avoid being pulled over by the police.

The freedom of the road is yours in whichever country you’d like to explore by motorbike once you have your full motorcycle licence. If you’ve always wanted to ride off into a foreign sunset, or take a group tour, get in touch – we often organise motorcycling tours in Europe and would be happy to chat with you about what we have planned for 2020.

Get more from our blog 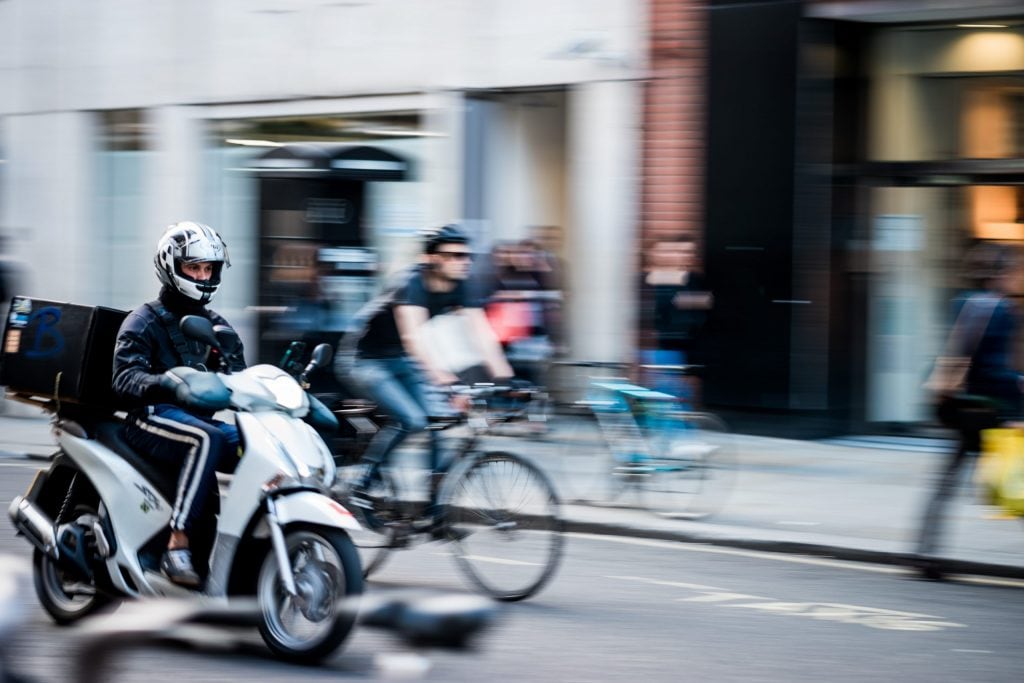 Can you carry a pillion passenger on a CBT license?

We are often asked questions around carrying passengers on a CBT license, here are some... 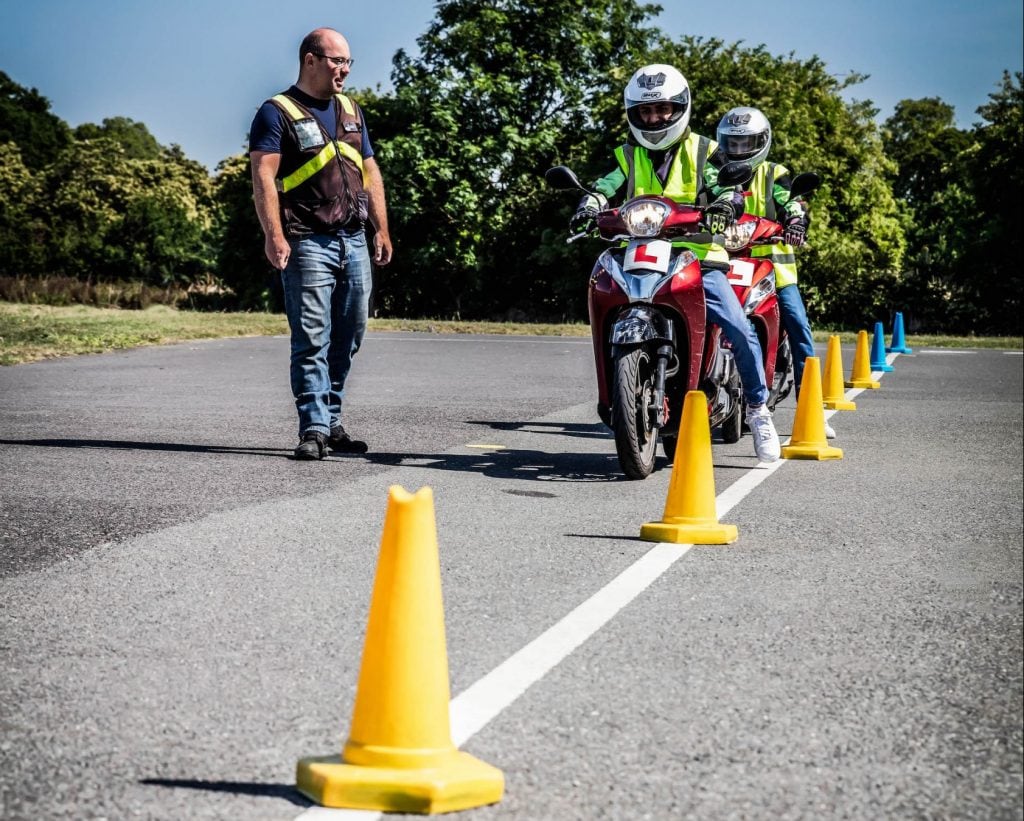 How to become a motorcycle training instructor?

There have been a lot of questions around this topic, so we thought we would... 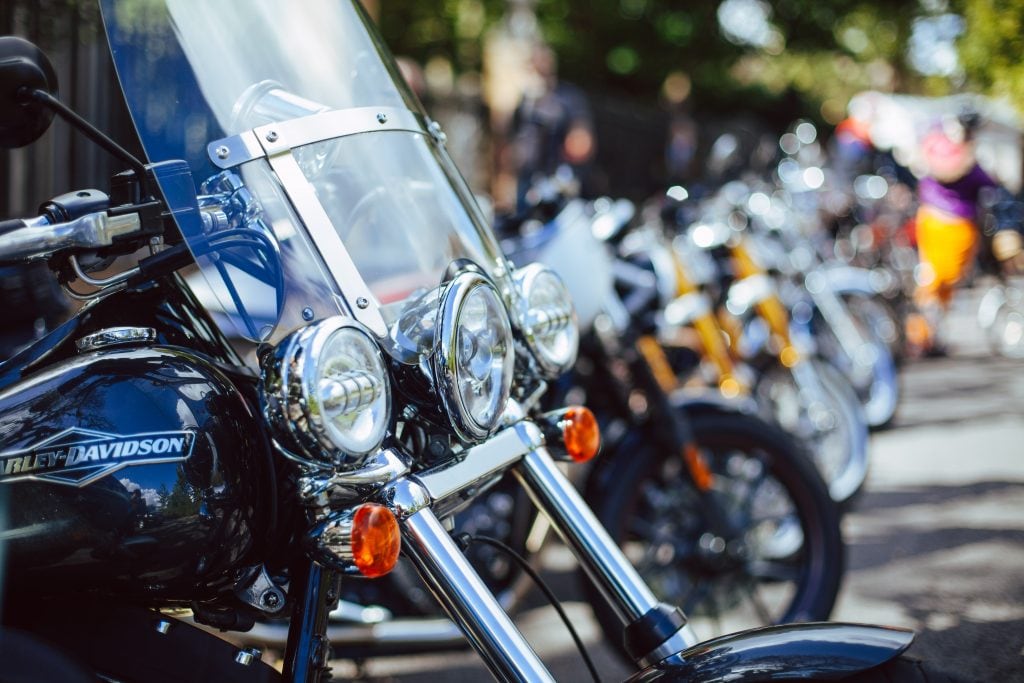 When it comes to choosing a motorcycle, be it your first one, or upgrading as...